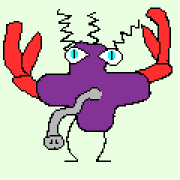 Vernissage – April 6th – 6PM In Fall 2011Frey stumbled upon a book about criminal tattoos done in Russian prisons recently published by FUEL. The tattoos were from different periods, some of prisoners of war during WWII, but many were of murderers, thieves, and even just people suspected of being a threat to Russia’s mafia and political elite. Frey drove to create a series using stories from the tattoo illustrations that could also be depicted in The Rolling Stone’s song, Sympathy For The Devil(Sympathy was inspired by Mikhail Bulgakov’s The Master and Margarita; a novel written about the devil’s visit to the Soviet Union). Some images use themes of repression(as they were designed for prisoners) but there were many tattoos done with irony; invoking a sentiment of prosperity. Frey drew mostly from this and will present these drawings in his first exhibition in Berlin, PURE LUCK at Okazi Gallery in April 2012. Ben Frey is an illustrator and fine artist located in-between the mountains and ocean in Vancouver, Canada. He graduated from Capilano University’s Design and Illustration program in 2007, and has spent the past few years freelancing in Vancouver and in Berlin. Ben is notably an art contributor to Lifetime, Sitka Surfboards, Westbeach, Momentum Wheel Co as well as a children’s book illustrator for Alanna Books UK, Annick Press, and Simply Read Books. His biggest source of inspiration is the west coast, old illustrated biology textbooks of plants and animals, and India. supported by lifetime collective www.cargocollective.com/benfrey78 www.benfrey.ca